Bleep: How did you come to be involved in designing the original Bleep site?

Matt Pyke: I was part of The Designers Republic, and designed the site with Kleber. Previously we had designed the warp.net site together.

I wanted to create something very intuitive and functional, with limited colour palette and a clean structure, which framed the sleeve art without distracting or competing with it. 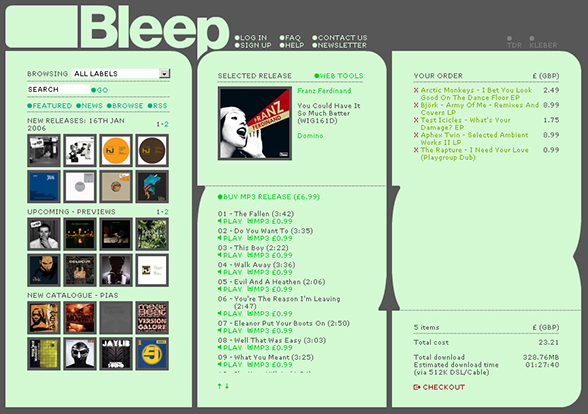 E-commerce was fairly new around the time Bleep launched. Did this make it more of challenge to come up with an idea of how Bleep should be presented?

It was wonderful to be involved in building once of the first digital music stores, around the time of Napster - building an experience which was better than free.

What aims did you have in mind when designing Bleep?

To keep the focus on easy discovery and delivery of the music. Music always comes first.

Were there any particularly memorable challenges you faced?

We wanted to create a waveform player, to recreate the experience of skipping through a track by moving the needle across the record. This was an intrinsic part.

Why that particular shade of green?

It was inspired by the green of LCD screen background colours, a mix of digital and nostalgia.

One of the most memorable aspects of the first Bleep site is the ‘1–2–3’ layout. Where did that idea come from?

It goes back the the intent of intuitive simplicity; all actions happen in one screen. Step 1 - discover, Step 2 - listen, Step 3 - buy

Bleep was first launched as Warp’s downloads store, and therefore sat alongside the original Warp site and the Warpmart store. How did you approach creating an identity for Bleep considering this?

It was intentionally different to Warp, a neutral tone which could encompass many labels and genres.

Was the Bleep identity informed at all by work you had done with The Designers Republic?

Yes, the current identity is an evolution of what I made at TDR. 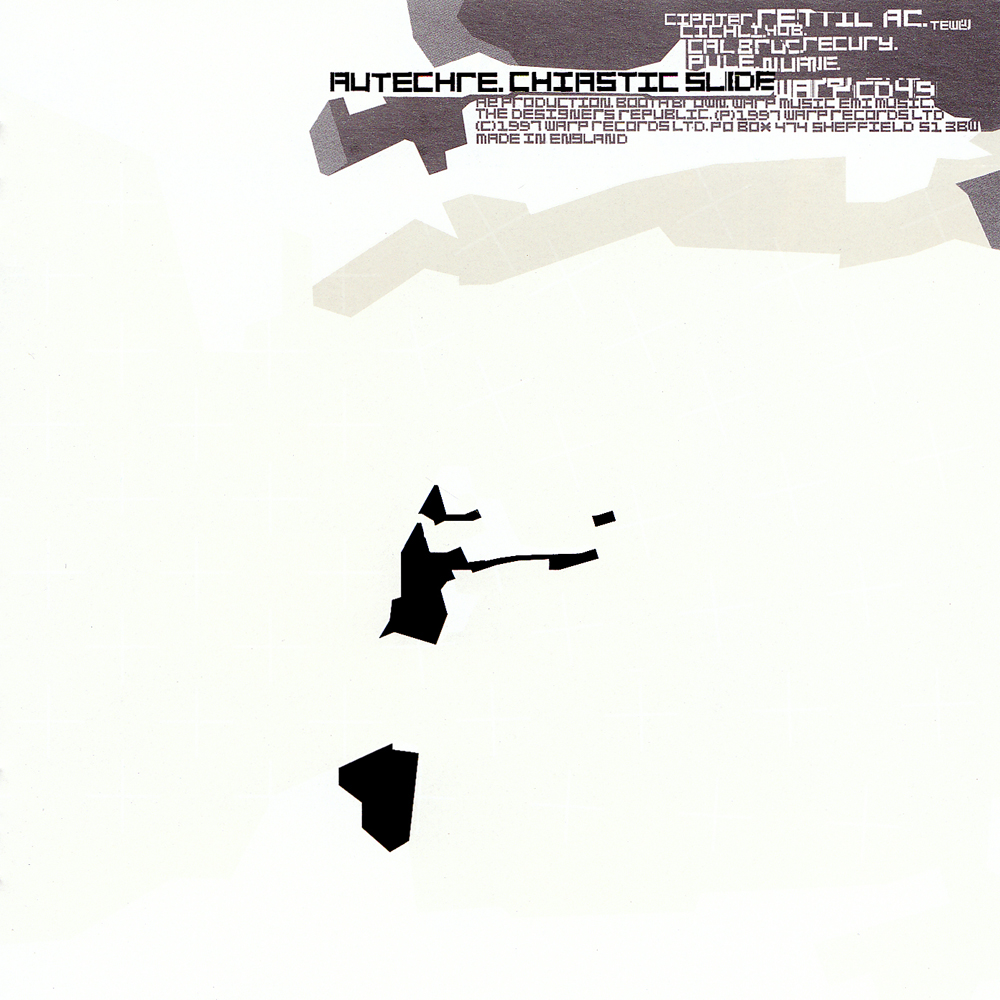 You founded the Universal Everything studio ten years ago in 2004. How did that come about?

I wanted to form a new studio, to move beyond TDR's house style, and to collaborate with a diverse range of disciplines. I'm happy my studio has stuck by its true purpose, to be inventive with new technologies and make things never seen before.

You’ve collaborated with all sorts of artists and brands, including Thom Yorke, Benjamin Millepied and the London Olympics. How do you decide who to collaborate with or which projects to take on?

I love working with people with a maverick, outsider approach to working. Pushing their discipline further, bending the rules, adding something fresh to the world. I guess we attract those types. We are approached by many brands for commissions, and we aim to choose the ones who are the bravest.

What have been the most memorable Universal Everything projects you have worked on? 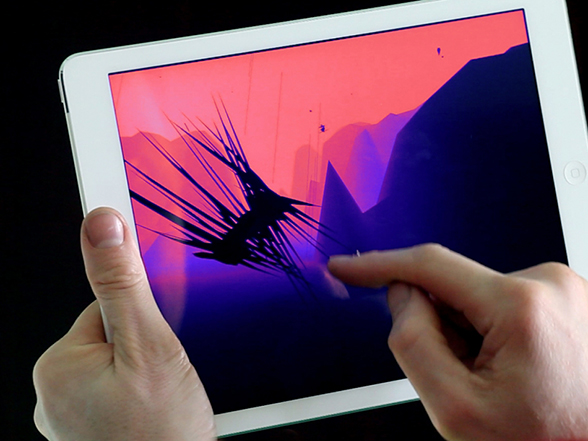 Polyfauna app. by Universal Everything.

Your recent work has focussed on self-generating forms and environments – such as the Polyfauna app for Radiohead – allowing a deeper level on exploration within an interactive environment. Do you see this making up a larger trend in interaction design?

Yes, designing the seeds which grow into these environments is a big area of interest for the studio. Releasing the work into the wild, and seeing how the code evolves it beyond our expectations is a lovely thing to witness. Its starting to happen with our public participatory works too, such as 1000 Hands for the Science Museum.

Good if you wish to be invisible.

More from our series of interviews on the design of Bleep.com and Bleep:10.